This website is under active development! You're very early! Please report any bugs directly to Durf

Description:
This mod will adds some small features like displaying how much time there is left in seconds when refining stuff or how many hits there is left when breaking wood as well as some bigger ones like a raid GUI that will displays all information you would ever want about a raid.

This mod also aims to eliminate problems like needing to open your inventory all the time to check how many spuds you have by adding a spud counter on the screen that shows the amount of potatoes you currently have in your inventory while holding a spudgun, change the current item to something else and it dissappears to not take up space. There is also a similar thing for blocks, seeds, soil etc. The counter is a little smaller for that stuff but it works in the same way. Hold block and it appears and shows you the total amount of the type of block you are holding that you have. Since Axolot removed the clock in the corner of the screen this mod also adds that back, but makes it a lot better. I have made it look better and more useful.

You have also forgotten about a raid many times (or just a few). Download this mod and that problem is solved!! This mod has a type of raid warning that warns you about a raid a little while before it begins. How early it warns you also changes depending on the raid level and some other things like if you have a spudgun or not.

This mod does all of this and many more things without adding ugly GUI elements all over your screen or ones that don't fit the Scrap Mechanic style!

This mod uses a very modified version of k0ldbl00d's Survival Compass mod, big thanks to him for letting me use some of his code! You can find his mod here: https://steamcommunity.com/sharedfiles/filedetails/?id=2154477330
(Yes, this mod also adds a compass.)

If you liked this mod make sure to share it with your friends!

If you liked this mod you might want to click the like button! You can also give it a thumbs up and sub to it on it's steam page to support it even more: https://steamcommunity.com/sharedfiles/filedetails/?id=2133019925


To install copy the "Data" and "Survival" folders in the zip into your scrap mechanic folder. That's it, you are done!

To see all chat commands added by this mod and what they do, open the handbook and click on Expanded info. You should now see a page where the title is "Commands". You can also type /exihelp to get the commands displayed in the chat instead. To change settings in the mod type /ec in the chat to access the Expanded info control panel


For anyone planning on using code/files from this mod in your own project:
Please do not directly take/steal my code. If you want to use my code in a project (your own mod, modpack, etc) that anyone can download, you must ask me for permission first. I'm completely fine if you want to use it for learning but don't include the code/files if you are planning to post it somewhere (scrapmechanicmods.com, steam, etc) without asking me for permission.

I won't check the comments here that often. If you want to post a comment, please do it in my discord server or on the steam page of this mod.

10 month(s) ago
- Added an attack indicator that shows the health and the damage the bot can do while you look at it.
- Added an option for the raid GUI that will make it\'s background size change depending on how many raids there currently is, this is to make it take up less screen space that it doesn\'t use.
- Fixed one minor font issue with the raid size calculator where it couldn\'t show \".\"
- Removed the commands for changing mod settings since you can do that from the control panel
- Some other minor fixes and optimizations
---------------------------------------
Ver. 1.7.0

10 month(s) ago
- Different raid GUI styles are now a thing, these are the different styles:
Classic (Looks like the one we had before but with minor improvements)
SM (Looks more like other GUIs in Scrap mechanic)

- The raid GUI (and the raid timer) will now appear agian after reloading a world
- Settings will now save after quitting a game, you no longer need to change your settings to what you want every time you reload. Settings save per world, and currently settings will only save if changed from the Expanded info control panel.
- Made the raid GUI progress bar look much better
- Added a slight shadow to the clock icon
- Redesigned the Expanded info control panel to look much better
- Added settings to turn on or off things like the speedometer and clock

- Fixed some things flashing white for a really really short time due to the image not being loaded. All Expanded info images will now load when a world is loaded
- Fixed font sizes while playing at certain resolutions
- Fixed raid GUI progress bar not working as intended on certain resolutions
- Fixed a bug where the speedometer would try to display the player speed of all players in a multiplayer game
- Fixed a bug with the compass where it would scroll in the wrong direction
- Fixed the compass so north will now be displayed as 0°
- Fixed some other very small issues with the compass

- Some optimizations to the code

11 month(s) ago
Nothing new, just some changes to the description

12 month(s) ago
- Added a speedometer
- Added compatability for fant mod, before we only had compatability on the steam version
- Fixed some problems when playing at other resolutions than 4k, 1440p, 1080p and 720p. There are still a lot of problems with some resolutions that will get fixed next update.
- Added the Expanded info control panel that makes it really easy to change settings in the mod. This was possible beacuse custom buttons are now possible in 0.4.8! To access this control panel you type /ec in the chat.
- The time in the corner will now only show if you have obtained to logbook

1 year(s) ago
- Removed a bunch of debug text i left on
- Turned off dev mode
Of course i am going to forget these things...

1 year(s) ago
- Added back a feature Axolot removed and made it 10x better. I\'m talking about the clock in the corner. It now also shows what day it is and it has a little clock icon, that actually works. It\'s not just an icon.
- Added 0.4.8 support
- I guess removed 0.4.7 support?

1 year(s) ago
- Added 2 new handbook pages where you can see all Expanded info commands and subcommands and what they do.

- Added a refine time balance. The refine time now depends on what you are refining. You can see exactly what the time is for everything a little lower down. I know that this does not really fit into the mod, but i wanted to add it anyway.

- Added fertilizer and soil counters, as usual they have their own icons

- Added a new command, /raidgui. This command can turn the raid gui on and off, but will in a future update also be able to change the style of the raid gui as well.

- Fixed a bug where the speed of the animations for all counters would change if the fps was higher or lower than 60.

- Some small optimizations to the code a little here and there

1 year(s) ago
- Added animations for all the counters (yes, animations)
- Made the compass scroll mutch smoother
- Added some new chat commands
- Some optimization of the code WaspEyeNight
12 month(s) ago
I actually thought about doing that with the bots a while ago! I will see what I can do. Changing the size of the raid GUI won't be hard, you could probably expect to see that pretty soon! Ty for your feedback! 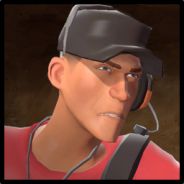 I'm runnin circles around ya!
12 month(s) ago
a idea that could be added even though its easy to tell how many hits it will take, so basically there is a little GUI that displays how many hits are left on the bot it would be really helpful for the Farmbot/big red bot/ and you could customize the raid GUI you can make the GUI bigger and smaller, for yknow small monitors like mine

Brought to you by:

Check me out on:
ScrapMechanicMods
Steam Community